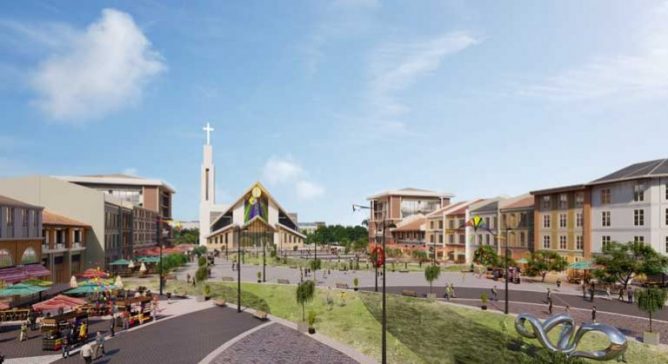 ALI broke ground on the first phase of Cresendo last week. The property giant has so far received reservations for six lots, equivalent to P500 million, in the estate’s industrial park.

ALI is allocating P5.5 billion for the development of Phase 1, which includes construction of the Cresendo Industrial Park (CIP), a residential project under Avida brand, a commercial space, and retail area. The estate will also host Don Bosco Technical Institute, which will open its senior high school in 2022.

In a briefing in Makati City on Tuesday, Cresendo Project Head John R. Estacio said the development’s Phase 2 will focus on the development of residential spaces and shop houses, while Phase 3 will involve further residential expansion and construction of other commercial formats.

The company expects the entire 290-hectare project to be completed in 10 to 15 years. About 59% of the property will be allocated to residential spaces, 31% for a town plaza and open spaces, 11% each for commercial and industrial spaces and 3% for institutional establishments such as the school and a church.

“Our vision is to encourage more homegrown entrepreneurs and new businesses at Cresendo. The property is strategically located and has a young and growing population that makes it one of the promising areas in the region,” Mr. Estacio said in a statement.

In the years to come, Mr. Estacio said ALI wants to bring its Alveo Land brand to Cresendo as well. It is also in talks to bring health providers into the development.