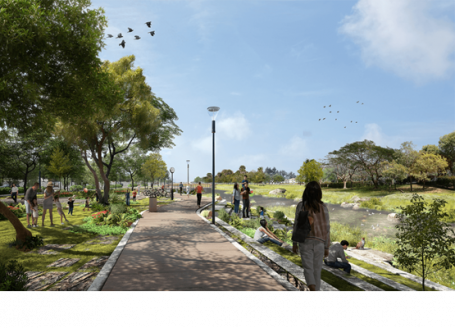 AYALA Land Inc. (ALI) on Tuesday said it is investing some P18 billion to transform a 290-hectare property, a former sugar mill in Tarlac into an integrated mixed-use estate that will function as a progressive new downtown.

The estate, which it called Cresendo, will feature components, such as an industrial park, a residential and commercial areas. The property used to be part of the sugar mill of Central Azucarera de Tarlac (CAT).

About P5.5 billion of the total investment has been allocated for Phase One of the development, which will become the 1.5-hectare civic plaza, church, school, retail strip, residences, transport terminal and an industrial park.

This will be part of Cresendo’s 30-hectare urban core highlighting the estate’s modern Filipino design, with pocket parks and pedestrian promenades, the company said.

The estate is approximately 3 kilometers away from the Subic-Clark-Tarlac Expressway and MacArthur Highway.

“Our vision is to encourage more homegrown entrepreneurs and new businesses at Cresendo. The property is strategically located, and has a young and growing population that makes it one of the promising areas in the region,” John Estacio, Cresendo estate head, said.

While 59 percent of the estate has been allocated for residential projects initially by ALI’s Avida Land, about 11 percent has been set for the 32-hectare Cresendo Industrial Park, which will have various lot sizes ranging from 1,200 square meters to 10,000 square meters, for sale at P6,000 to P9,000 per square meters.

The industrial park is intended for light to medium industries in nonpolluting, nonhazardous enterprises. It has so far attracted locators for manufacturing logistics, warehousing, and others in need of standard factory buildings.

It is set to open in 2022 and will initially generate approximately 2,000 jobs.

The estate will be the site of the Don Bosco Technical Institute, which will open its senior high school starting 2022, followed by the opening of the technical-vocational education and training center. This first-of-its-kind institution in Tarlac will offer technical skills education and establish innovation centers for the youth.

“The school aligns closely with the vision of Cresendo as a place with opportunities for employment, education and growth. Graduates will have a higher probability of employment in the industrial park, the commercial district or to even venture into starting their own business,” Estacio said.

Aside from the industrial park and the school, Cresendo is also expected to have built up its transport terminal and first residential subdivision by 2022.

Some 31 percent of the estate will be dedicated to the network of civic spaces, highlighted by the 1.5-kilometer greenway connecting the central plaza and the 7-hectare river terraces.