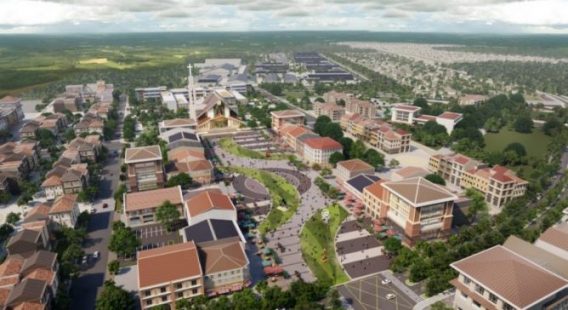 Property giant Ayala Land Inc. is developing a 290-hectare mixed-use estate in Tarlac City, a major bet on the central Luzon province and its growth prospects.

ALI, member company of conglomerate Ayala Corp., said the project would be named Cresendo and would contain residential communities, retail spaces, an industrial park and a 1.5-hectare civic plaza patterned after old towns, a church and school, parks and a “river terrace.”

ALI plans to invest P18 billion in developing the entire project over 10 to 15 years. The first phase will cost P5.5 billion, he said.

“We believe Tarlac City is a next wave city,” John Estacio, Cresendo estate head, told reporters during a briefing on Tuesday.

Cresendo would be located about 15 kilometers away from the New Clark City, which Estacio said would complement the ALI development. Moreover, the project is located about three kilometers from the Subic Clark Tarlac Expressway.

Estacio said Cresendo hoped to lure Tarlac residents, those who had moved away but maintained roots in the province as well as investors.

A key component is the 32-hectare Cresendo Industrial Park, which will offer cuts of 1,200 square meters to 10,000 sqm. Estacio said early takers were manufacturing, logistics and distribution companies.

The industrial park will open this year while the first residential development will open next year, followed by commercial projects in 2021.

Based on the master plan, half of Cresendo will be set aside for housing developments while 31 percent will be the plaza and open spaces. The rest will be split among the commercial, industrial and institutions such as the church and school.

The estate will also be the site of the Don Bosco Technical Institute, which will open its senior high school starting 2022, followed by the opening of the Technical Vocational Education and Training Center.

“The school aligns closely with the vision of Cresendo as a place with opportunities for employment, education and growth. Graduates will have a higher probability of employment in the industrial park, the commercial district or to even venture into starting their own business,” Estacio said. —MIGUEL R.CAMUS